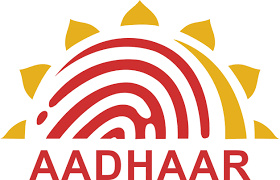 Since the introduction of Nandan Nilekani’s brainchild in 2009, the Aadhaar Project has garnered much media attention – both positive and negative. From its comparison to the United States’ Social Security Number to questions about privacy and big data, there is still a lot of controversy surrounding Aadhaar and its validity in India. This article gives you a low-down on the current position of the Aadhaar card.

One of the main concerns of Aadhaar is the violation of privacy. It has been contended time and again that the collection of data through Aadhar agents is compromised. Sharing of biometric and demographic information for enrollment in a 12-digit ID which will be linked across several government bodies wields a high chance for abuse of power.

Another complicated question that arises is the policy regarding the information shared with various agencies. Will there be agency specific guidelines on what to share, how to share and whom to share it with? Will there be generic blanket policies against data mining? Moreover, the question of consent arises when this information is shared with third parties. Although section 23 provides for written consent every time it is shared with different agencies, how feasible would this be when the consent is taken from illiterate Aadhaar applicants who would not realise the same.

Protections have been set in place for the sensitive personal data. But the exceptions negates the said protection. The information can be revealed in the cases of national security, but as Tathagatha Satpathy rightly pointed out, there is no definition of national security mentioned.

Furthermore, the amount of control that the Government would have on an individual would be equal to the the sort of totalitarian control that Big Brother had in George Orwell’s 1984. This would essentially result in what is known as a Surveillance State.

These are some of the main concerns regarding privacy and security with respect to the Aadhaar system.

A common argument for the implementation of the Aadhaar system is its comparison with the Social Security Number (SSN) in the US. But equating the two is a fallacy as they are different in nature and purpose.

The misconception arises from the belief that both Aadhaar card and SSN are identification numbers. Aadhaar is an identification number which verifies a person’s identity by matching the same with the biometric or demographic information. The SSN on the other hand is a number used for tax claims. It does not collect biometric information, and does not verify an individual’s identity.

Even if the two could be compared in a similar manner, the privacy laws regarding them are completely different. The 2016 Aadhaar Act does not prohibit law enforcement and intelligence agencies from using it search the data. But it has been specifically reiterated by the US government that different identifiers for specific purposes must be used; which reduces the possible risks posed by a single identifier (a concept completely opposite to the underlying principle of Aadhaar).

In addition to this, the US government has passed several laws which protect the SSN data; while India until recently did not even consider privacy as a fundamental right.

Thus Aadhaar and SSN cannot be grouped together while advocating for the former.

The government has made it mandatory to link Aadhaar cards with Bank Accounts and Phone Numbers. But in view of the Supreme Court judgment, the deadline has been extended till March 31, 2018. The UIDAI has tried to dispel myths through an FAQ released on January 14, 2018.

As of now, the people seem very suspicious about the applicability or usage of the Aadhaar system. These suspicions, which are reasonable, can be dispelled by either scrapping the entire idea of Aadhaar as a single identifier or by strengthening the laws on privacy and data protection.

Either path awaits the Supreme Court judgment to move ahead. Right now, although many people are registering their details with Aadhaar, the question of its validity remains in limbo.

IF YOU LIKED THESE, YOU CAN ALSO CHECK OUT

Begin typing your search term above and press enter to search. Press ESC to cancel.